In a sport pitched at ear-rattling decibel levels, history is rarely made quietly. However, when the vast majority of NASCAR fans sat down to watch the 2002 MBNA All-American Heroes 400 at the Dover International Speedway — be it at the track or on TV — they had no idea how significant the blue #66 Ford truly was. The last car to make the field after a qualifying lap of 153.074 mph, it conked out from transmission failure after lap 243 and finished 39th (out of 43). 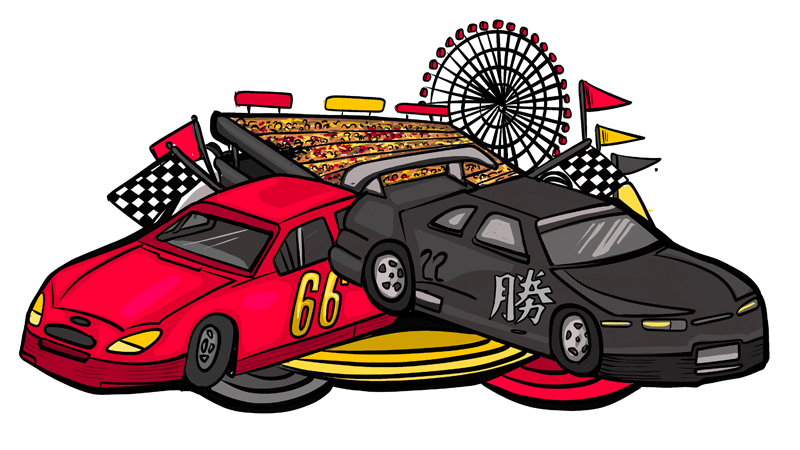 The Beginning of a Legend

The car didn't have a major sponsor while zipping around Dover's “Monster Mile," but it had something never seen before on a NASCAR track as described by racing historian Brock Beard at LastCar: “Across the quarter-panel and rear bumper, four characters in Japanese Kanji spelled out [the driver's] name - the first two for his last name, the second two for his first. On the hood were the Japanese and American flags crossed at the poles, beneath them the words 'Standing Together.'"

On that September day, 47-year-old Hideo Fukuyama became the first Asian driver to compete in a Winston Cup series race.

“Racing has been my dream since I was a kid. In my 40-years behind the wheel, I've been a five-time champion in Japan and raced the 24 Hours of Le Mans four times, winning the GT class in 2000, but what I'm most fond of is being a NASCAR Cup Driver," says Fukuyama from his home in Japan.

The fact that Fukuyama found himself racing in the Winston Cup series is unusual in itself. At the outset of the internet age, NASCAR wasn't well known in Japan, a country where auto racing of all stripes is a niche sport compared to baseball and soccer. Beyond the small audience, the conventional wisdom for Japanese drivers was that inner-car computers were the key to success, a racing style more tied to a machine than the back-and-forth between a driver and his crew found in NASCAR.

“In Japan, drivers prefer to let technology make the car better. There is definitely more teamwork and communication in NASCAR, which I like better," says Akinori Ogata, 48, who started racing motocross at 14 in Japan, drove in the Dirt Midget car races from 1999 to 2006, and eventually in 2010, moved to North Carolina — where he's just started his eighth season in the Camping World Truck series. “NASCAR culture is American culture, it's a different mindset." 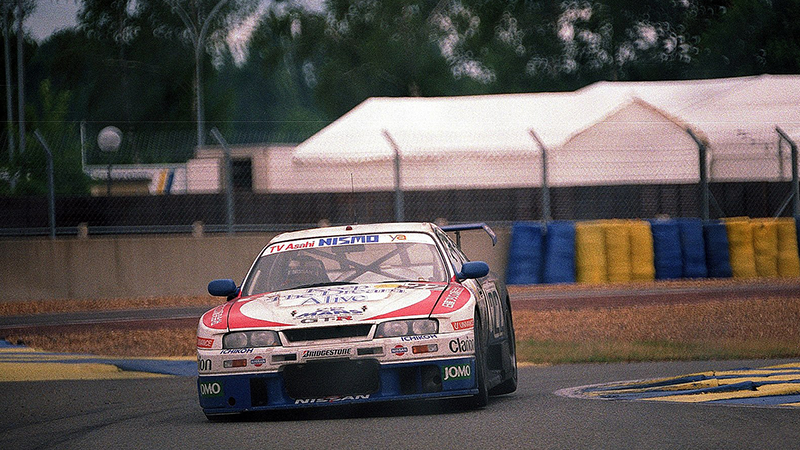 Looking to expand its global audience, NASCAR held three exhibitions in Japan from 1996 to 1998, all three of which featured Fukuyama. NASCAR aficionados will recall the 1998 race at the Twin Ring Motegi track was the first time Dale Earnhardt Senior and Junior went head-to-head (Junior even traded a little paint with his old man), but they may not realize it was the Intimidator who helped build the auto bridge to Japan.

In the inaugural '96 race, Fukuyama started 18th out of 27 cars, but finished 22nd after crashing into the tire wall. Afterward, Earnhradt Sr. came over and offered words of encouragement, telling Fukuyama he had the driving goods and that he should come to America and give it a shot.

“It was incredibly special," says Fukuyama. “The races in Japan were awesome."

It would take a few years, but Earnhardt's tragic death at Daytona in 2001 steeled Fukuyama's resolve to finally heed his hero's words. His maiden voyage at Dover wasn't without controversy as the post-9/11 American exceptionalism remained at a fever pitch.

Automotive journalist Tony Johns noted that the 47-year-old Japanese rookie ran a clean race (besting, among others, 2002 Daytona 500 champion Ward Burton fair-and-square), but that all Fukuyama came away with was “indifference, sniggering, and criticism from the fans and the media."

Given all Fukuyama was up against — middle age, the difficult Monster Mile oval, an international language barrier – it has to rank up there with the most impressive debuts in NASCAR history. It seems Fukuyama felt that way too.

Following the race, through an interpreter, he told Sandra McKee of the Baltimore Sun, “I am very, very happy. I have been striving for 25 years in motorsports in Japan, but I really want to learn about NASCAR's system and environment, and I promised the late Mr. [Dale] Earnhardt that I would one day come and try to do this."

Fukuyama's American racing career would be short-lived. Following Dover, he raced at Virginia's Martinsville Speedway, NASCAR's oldest and shortest track. Starting in the final position, 43rd, he crashed out after 400 laps and became the day's first retiree. That off-season, Fukuyama did find a sponsor, Kikkoman Soy Sauce, and ran in two 2003 Winston Cup series, finishing 33rd at Las Vegas Motor Speedway and 43rd at Infineon (now Sonoma) Raceway. He drove in a handful of races in the ARCA Re/Max series that year, but by 2004, he was back home in Japan. He got into television and continued competing here and there, finally hanging up his racing gloves following a 2007 GT2 class victory in the season's finale at Okayama International Circuit.

Today, Fukuyama is a race car instructor and continues offering TV racing commentary. At 66, he may not get behind the professional wheel anymore, but his stock car spirit lives on in Japanese-born drivers who've followed his blazing trail.

“Hideo told me how hard his NASCAR experience was, what a challenge it was, but also how rewarding," says Ogata, who saw his first NASCAR race at 22 while honeymooning in the U.S. “I want to be like Hideo. If he could do it, I also can get into a Winston Cup race one day. And maybe I will make history with a win."

If it happens, Hideo will be thrilled. More than anything, it is his legacy as a pioneer that will last. Fukuyama believes it is the pinnacle of his distinguished career.

“I have no doubt NASCAR is the best racing in the world, and my greatest pride comes from being the first Japanese driver to compete in it."

Four Women Inventors Who Put the World on Wheels

The Women Who Shaped Modern Cars