In the '60s, Japanese carmakers were still trying to get their game together. Early Japanese imports tended to be underpowered, rust-prone, weird-looking and a little primitive, and Toyota, Datsun/Nissan and Mazda were struggling to put a dealer network together and get on the map in the United States. The Datsun 510 was one of the cars that came along and changed all that. 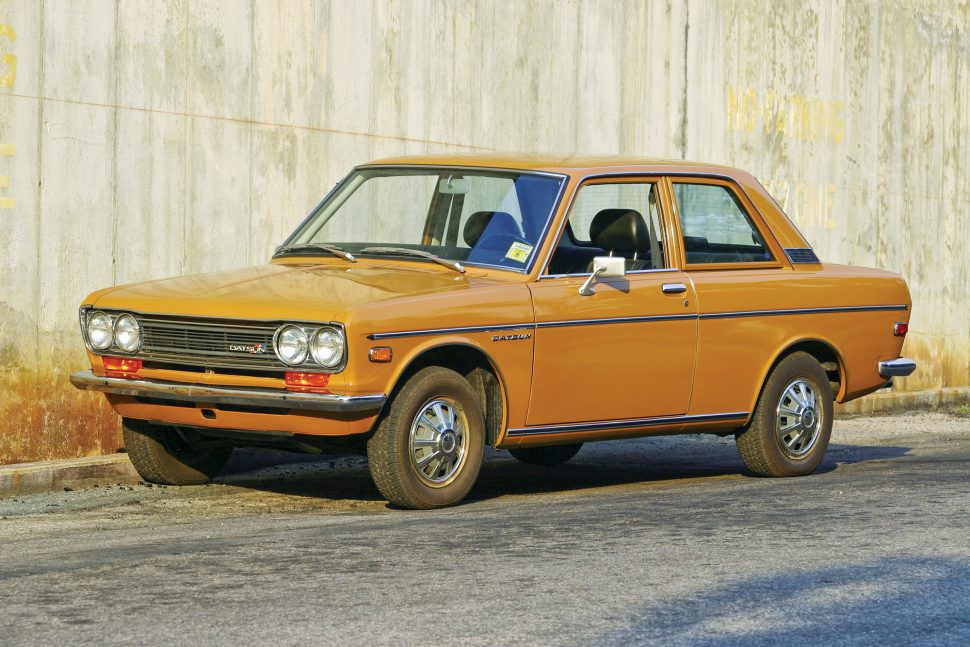 In the late '50s, Datsun marketed the Bluebird, also known as the 210 (not to be confused with later 210 models). The 210 was short on power, with only a 900cc engine, and had styling that was more reminiscent of British cars. Still, it soon had a reputation for excellent build quality and being dead-solid reliable, and two Bluebirds won the 1958 Australia Mobilgas Rally, despite their puny powerplants.

This early Datsun model evolved into the 310 series and the slightly-bigger 410 series. Very few made their way to the United States, but each iteration showed Datsun was refining and developing their products...including a dual-carburetor SSS model. These Datsuns were offered in two-door, four-door, wagon and light truck models.

In '67, the 510 was introduced worldwide. The 510 had true unibody construction, a 1.6L SOHC 4-cylinder, big disc brakes in front, MacPherson strut front suspension and trailing-link rear suspension. Its curb weight was barely over 2000 lbs, and the standard 1.6L engine put out 96 hp while the SSS version weighed in at 109 hp.

It even featured true flow-through ventilation, from dashboard vents through to louvers on the car's C-pillar. It's no coincidence that these numbers (as well as the car's dimensions) were in line with the BMW 1600 as well as the Ford Cortina — but at a price that was well below both. It was a driver's car, with rock-solid build quality, crisp styling, 25 mpg on the highway, a comfortable and roomy interior and decent handling and road manners.

In other words, the 510 (affectionately known among enthusiasts as the "nickel-dime") was one of the first Japanese cars that was designed with American drivers' tastes in mind. 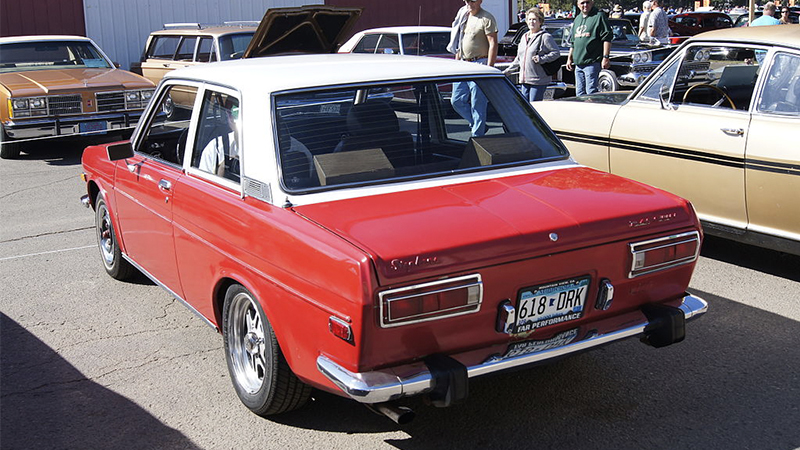 In the '50s and '60s, Japan had much lower speed limits as well as much higher gas prices and a complex tax structure for cars, based on size and engine displacement. For these reasons and more, car ownership was rather a luxury in Japan for years. As a result, many Japanese cars, especially in the home market, were what we would consider quite poky by today's standards, and there are still many microcars and "kei cars" on Japanese roads that would never make their way to Europe or the U.S.

That all changed with the Datsun 510. The 510 was easy to work on, even for a novice mechanic, and Datsun's parts network was starting to become more robust (including performance parts). The design of early Datsun cars made parts interchangeability easy, and by the mid 70s the company was offering punchier 1.8L and 2.0L 4-cyl engines that many enthusiasts were transplanting into their 510s. It was also a pretty simple matter to go from the factory 4-speed manual transmission to a 5-speed, or to switch to a different intake manifold that could accommodate two Hitachi side-draft carburetors. Even in stock trim, the 510 could do a 0-60 run in about 13 seconds, which was considerably faster than a VW Beetle or Toyota Corolla, and just a bit slower than a BMW 1600. And that was all at a price of $2,000, which computes to around $13,000 today. 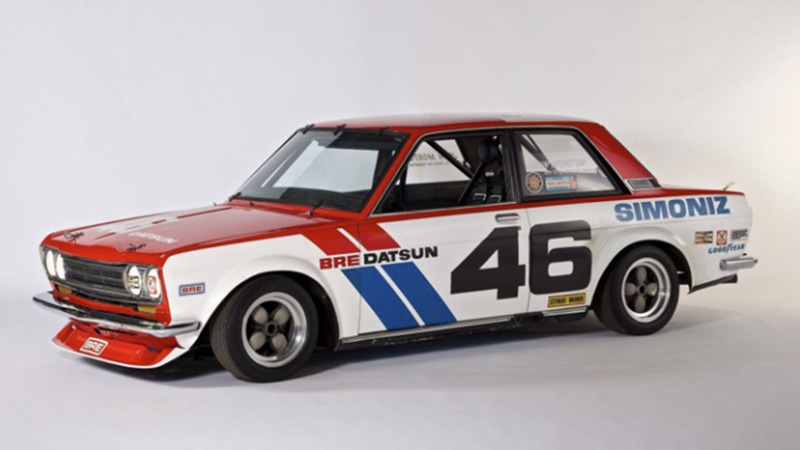 The 510 was built to perform and built to last; one of the interesting design features was a small leaf spring mounted horizontally behind the differential, allowing for considerable fore-and-aft movement. 510 wagons and pickups were equipped with a live axle and horsecart-style leaf springs in back, for enhanced load handling. The OHC 1.6L engine had five main bearings, a dual-roller timing chain, cast-iron block and heads, a header-style exhaust manifold and big valves for durability and performance potential. Tweaked 510s with the 1.6L are capable of as much as 140 hp or more, turning the car into a real rocket. Tire/wheel and suspension upgrades were also easy on the 510, and were an easy way to enhance handling and roadability.

It wasn't long before enthusiasts caught wind of these tough little cars, and the 510 won SCCA's under-2500cc category in '71 and '72. They also excelled on the rally circuit in Australia and Europe, and to this day 510s do well in Historic-class competition.

The 510 was only around from model year '67 through '73, when it was replaced by the ho-hum 610, but it was around long enough for American buyers to regard Japanese cars as real cars and not toys. It also set the stage for Datsun's 280Z in the early 70s, and came along right before the Arab oil embargo of '73 turned the American automotive market on its head.

What cars do you think have changed perceptions over the years? Let us know in the comments.