There are a bunch of weird automotive names we don't think about just because we're used to them. "Tailgate" makes sense. It's at the tail of the truck, and it acts as a gate. But why is the cargo box called a "bed"? Did people originally sleep back there? Why is that a "dashboard" up front? Here's a look behind the names that sound weird when you stop and think about them. 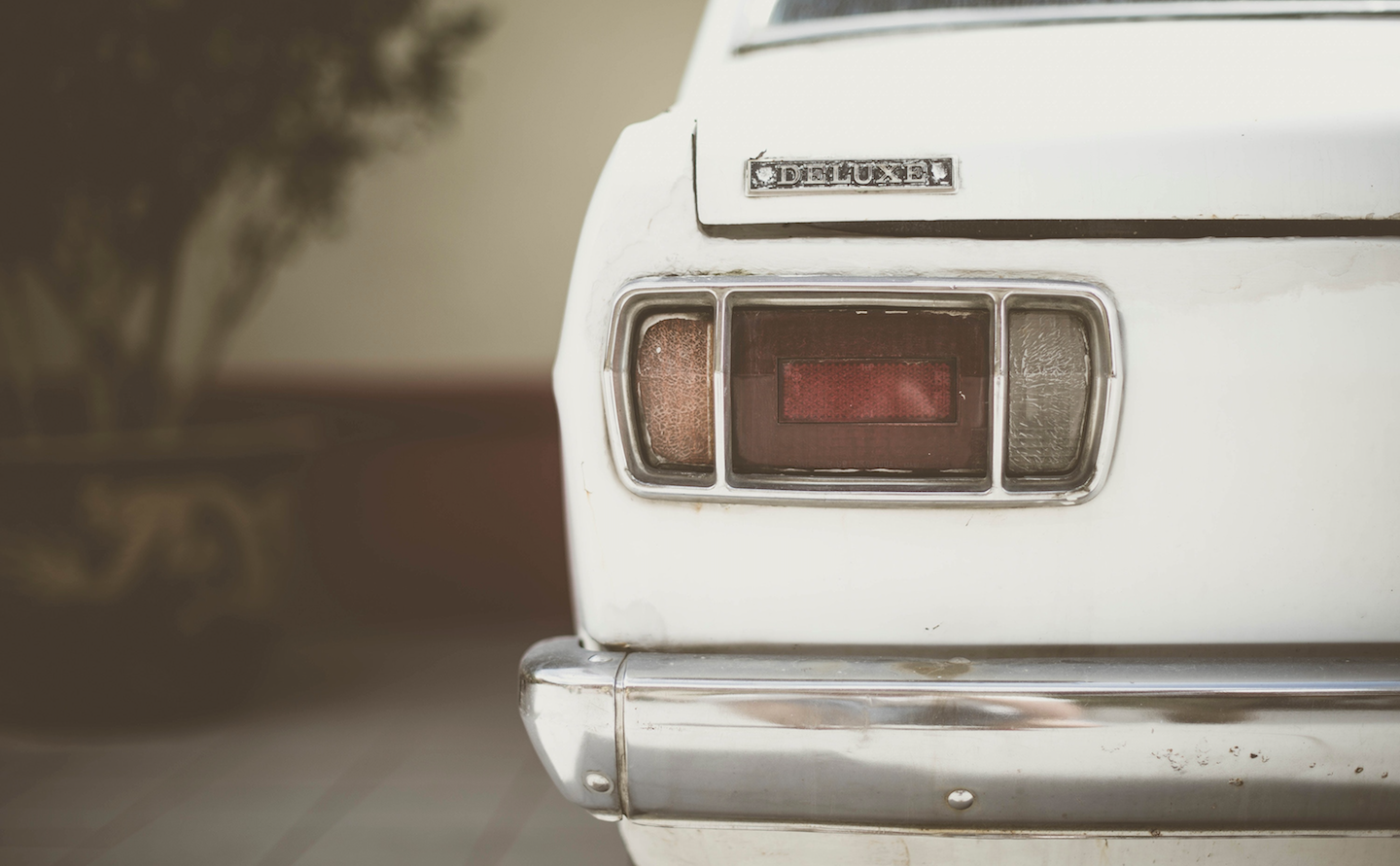 While camping in a truck bed is huge on Pinterest, it's also a practical and fun way to get outside. Still, most of us don't sleep in the back of a truck, so why is the cargo box called a bed? In addition to being a place to sleep, dictionaries also list a bed as “a supporting or underlying part," and “the part of a trailer or freight car designed to carry loads." Trains were well established decades before the first pickup trucks hit the streets, so it was a natural transition to assign names to its parts based on the dominant cargo transportation equipment of the time. Your diesel truck may pull like a freight train, but it's also got a few parts in common with them.

Press A to dash

Thanks to video games, some of us hear “dash" and think it means to move quickly. So a term like “dashboard" makes for a confusing name, as the dashboard doesn't move. Dash also means “to strike or fling with great force." On 19th-century wagons and carriages, the horses would commonly fling mud and rocks behind them, “dashing" the wagon with debris. A board set in front of the driver offered protection, and since “dashing debris prevention board" is way too long, it was shortened to simply dashboard. When the first cars were styled after carriages, they retained the familiar dashboard. The first gauges and additional controls were conveniently placed within easy reach of the driver on the dashboard. They're still there today, even if it no longer protects from flinging rocks. Interesting bit: “floorboards" also came from the same era, when the floors were actually just wooden boards.

Truck racks are a great safety item when you need to haul a lot of oddly shaped equipment in a safe manner. Looking somewhat like a "Mad Max"-style window protector, the horizontal steel bars keep the passengers safe from flying equipment in the bed. In the Western states and Southwest, these racks are commonly referred to by the slang term headache rack. Truckin' magazines seem to disagree on how it got the name, with the most common answer being that the steel beams prevent equipment from penetrating the cabin during an accident, thus saving the occupants from a serious headache.

In the 1920s through the 1960s, Lincoln Continental cars could be found with the rear passenger doors hinged at the back. The door handle was located by the B-pillar, and both front and rear doors opened opposite each other, leaving a massive space in the center. The effect is striking, but where did the name come from, and why don't we see these doors on modern vehicles? The guys at "Car Talk" covered this but were mystified as to the actual origins of the term. Their best guess was the major safety issue. Suicide doors were fine on an early Oakland with 20 horsepower but inadequate for a '60s sedan with 300 horsepower that routinely cruised at 70 mph. Opening the door on a standard front hinged door, the air flow would force it back shut. Opening a rear hinged door at 70 would be a disaster, ripping the door open and possibly taking the passenger out with it. Remember, seat belts were a rarity back then, making these doors a potential killer.

The elephant in back

The cargo area behind the cabin seating is curiously called a trunk, but it doesn't look like an elephant's nose or your mom's cedar chest. Again stepping way back to the horse-drawn carriage days, travelers didn't have convenient carry-on Samsonite luggage. While traveling, they used actual wooden storage chests that were tied to the rear of the carriage. As we moved to cars, this cargo carrier system continued, with the earliest cars, like the Benz Patent Motorwagen and Winton Stanhope offering zero storage. Wooden trunks were still tied to the rear. It wasn't until the era of the Model T that manufacturers made trunks a part of the vehicle design and included a lid, and by then the name trunk was already set. British drivers call it a “boot" today, because a storage chest over there was commonly called a boot locker.

What other weird auto part names make you scratch your head? Let us know in the comments below.

Advance Partners with the American Heart Association in 2020: Life Is Why We Give