When Henry Ford's Model T hit mass-production phase, it was priced at $950 (a fraction of what competitors' cars sold for), and eventually 19 million of them would make their way to the roads. It was obvious by the early 1920s that the automobile was around to stay and would be a part of American life. Still, driving wasn't for the faint of heart. Outside of cities and main highways, paved roads were a scarcity and drivers (and passengers) needed things like goggles, dusters and other accessories to be comfortable. Tires were flimsy and most drivers carried two or three spares. Things like a rear view mirror, a gas gauge or even a driver's-side door were considered extravagances on those early vehicles…and were only available through the aftermarket.

That's when Arthur Taubman saw a real opportunity and purchased two stores from Pep Boys – one in Roanoke, VA and one in Lynchburg. Tall, charismatic and dapper, Taubman was born in NYC at the turn of the last century and brought an ironclad work ethic and a strong sense of integrity to every venture. He was actually pressed into indentured servitude at the age of 12, but soon ran away and landed a job at B. Altman & Co, a busy New York department store. 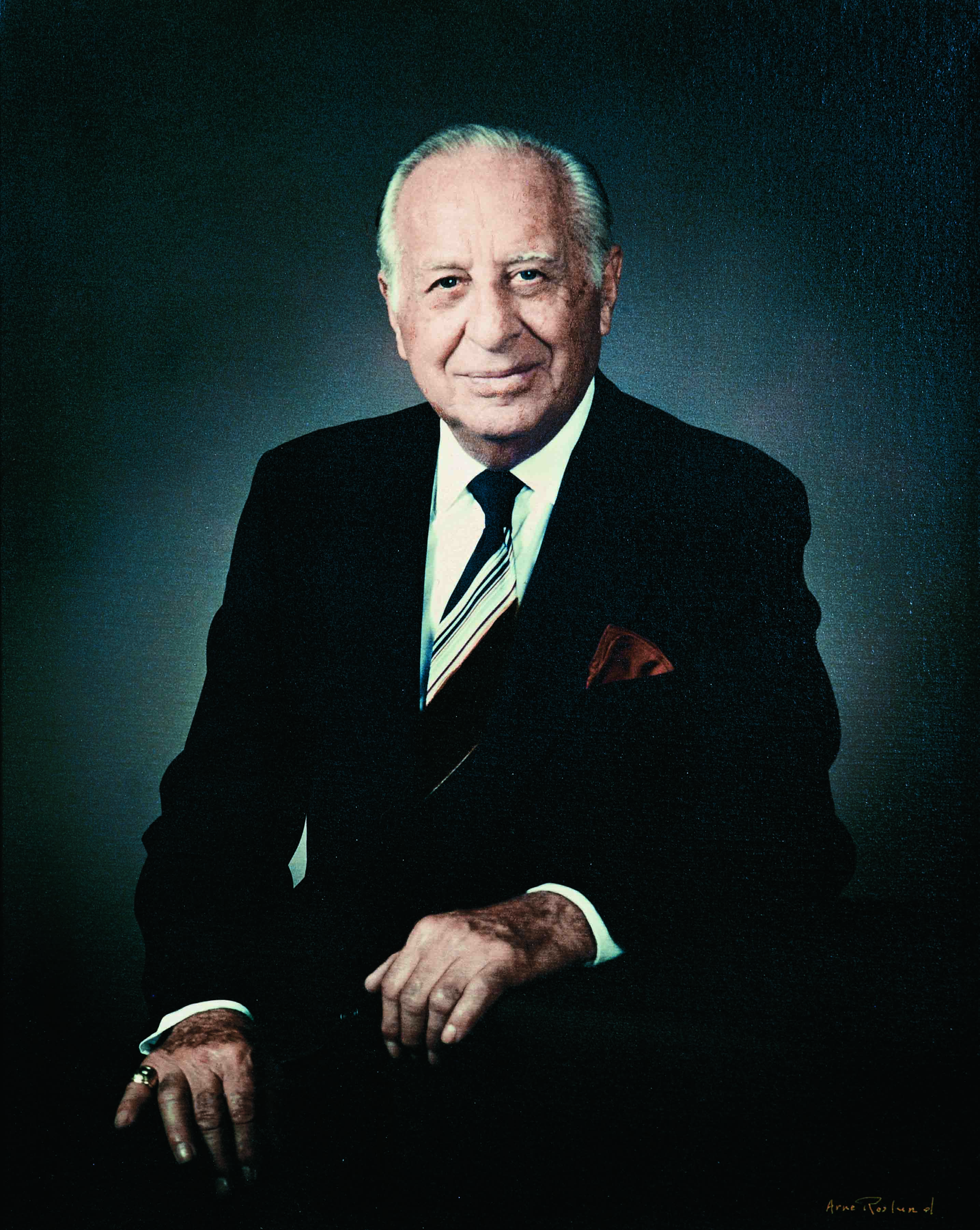 Taubman was impressed with the department store, not only for its attentive customer service and store layout but also Altman's business sense and his commitment to employees. Altman's store offered a 9-to-5 work day and emergency relief for families that had hit hard times, seeing the direct payoff in a workforce that's engaged, well-paid and appreciated by their employer. The lessons that Taubman learned in those early days stayed with him forever.

Relying on his business sense, Taubman kept an ear to the ground for opportunities. He soon found out about three parts stores in Virginia – two in Roanoke and one in Lynchburg – which were all struggling. These Advance Stores Company locations were owned by Moe Strauss (of Pep Boys fame) and had managerial and logistical problems, being hundreds of miles away from the home office in Philadelphia. Seeing an opportunity, Taubman decided to act.

He made a trip to the pawnshop and sold his car to come up with a $2,500 down payment and borrowed the remaining $22,500 on a five-year note (over $400,000 in today's dollars) and became owner of Advance Stores Company, Inc. It was a perfect move – it gave Taubman the autonomy to put his business ideas and tenets into play, and relieved Moe Strauss of his struggling stores and company.

And so, on April 29, 1932, Advance Stores Company came under the ownership of Arthur Taubman.

Things were pretty dire in the United States in the early 30s. Unemployment was around 25 percent, businesses were struggling, a third of all banks had closed, and the New York Times stock index had cratered 89 percent. But even in the face of all that adversity, Arthur Taubman saw opportunity. Cars were becoming an indispensable part of American life, but auto production in Detroit had fallen by 75 percent. Taubman knew that many people during the Depression would need to keep their old cars on the road as long as possible.

Taubman made a series of decisions during this era that built meaningful relationships with customers. During the WWII years, when rationing made auto parts scarce and domestic car production was ceased, Advance stores relied more on non-automotive product lines. They were quite busy at Christmastime, with a great selection of toy guns, cars, trains, dolls and other gift ideas to make kids happy. 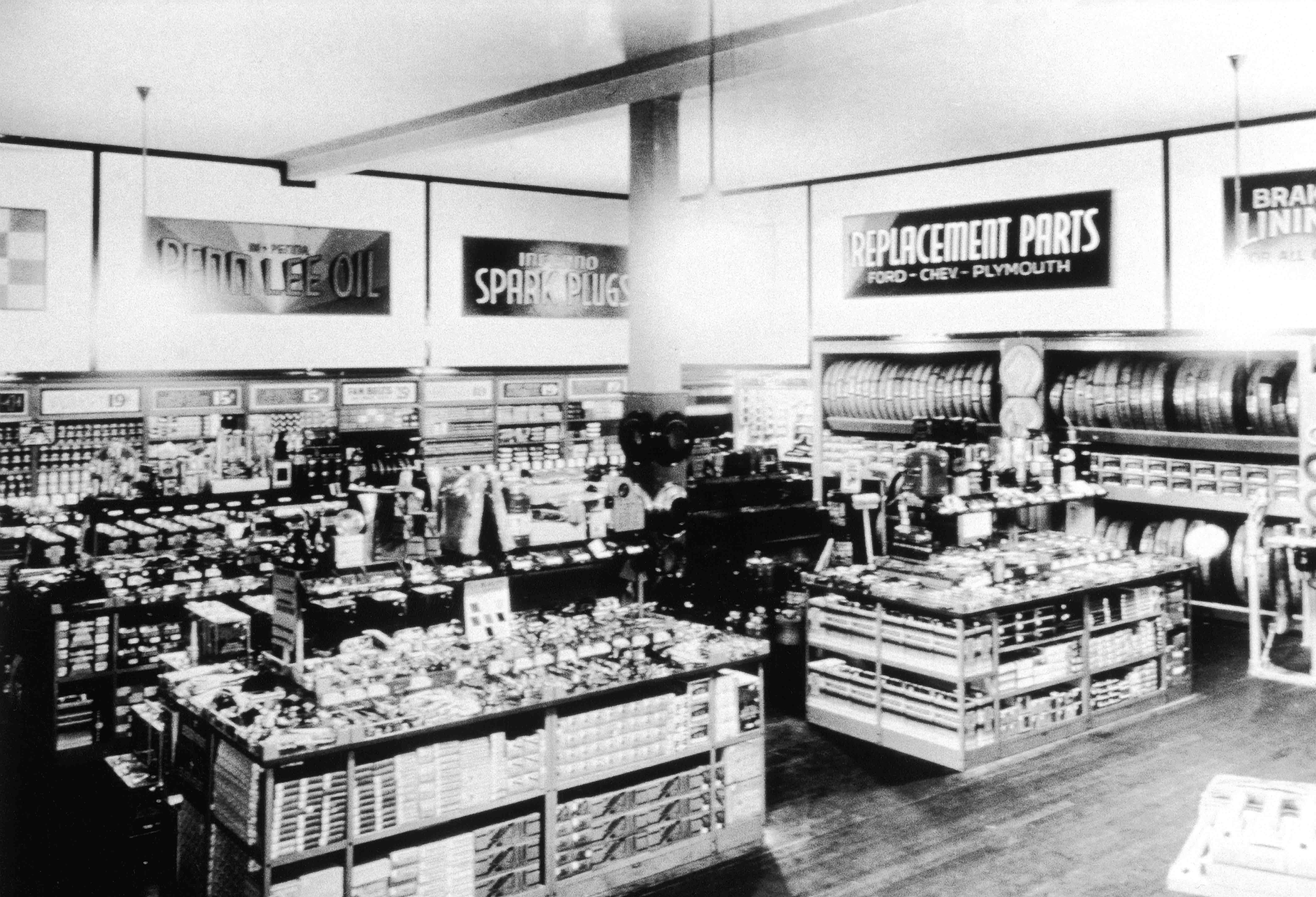 And Taubman's strategy for merchandising, advertising, marketing and sales?

“Keep your store clean and well-merchandised and take such good care of him that he has to come back to you." Honesty, integrity, and customer service were always #1 at Advance stores. That meant going above and beyond for customers, including advice and helping out with minor repairs or maintenance tasks that could be done in-store or in the parking lot. 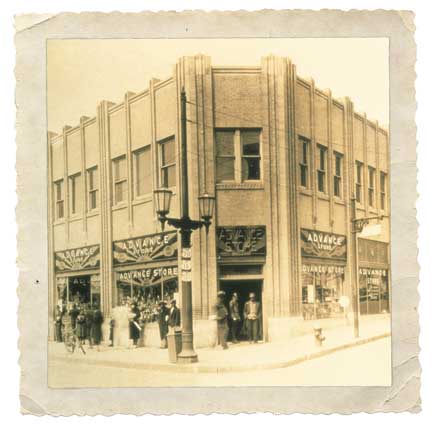 His value of relationships also carried over into how Taubman took care of his employees. In the 30s, despite the Depression, Advance became one of the first companies to offer fringe benefits like paid sick leave, hospitalization insurance, paid vacation, profit sharing, and employee discounts. Along with better-than-average pay, Taubman encouraged teamwork and camaraderie with things like company sports teams, barbeques, and picnics.

The post-WWII years were challenging for many businesses, which Advance responded to with savvy, parting ways with Pep Boys and marketing their own house-brand tires. By the start of the 1950s, Advance was on solid financial ground and had marked the start of an exciting new period for the company. It was at this time that Arthur Taubman's son, Nick, went to work for the company.

Nick Taubman continued Advance's expansion to more states, eventually doubling the number of stores over the decade. By 1969, Arthur assumed the role of Chairman, and Nick Taubman became President of the Advance Stores chain. Under Nick's leadership, Advance moved away from general merchandise and moved toward its core business of auto parts.

By the start of the 80s, Nick had successfully taken Advance from a family-owned regional business to a publicly-traded national chain. Sweeping changes from top executive training down to the crisp new employee uniforms propelled the company forward. Advance Auto was now positioned to become a category killer in the aftermarket auto parts field.

A massive flood tore through Roanoke in 1985. Advance's home office and distribution center were devastated by waist-deep water, testing the resilience and heart of the company. But rather than accepting defeat, Advance took the opportunity to start fresh with a new, massive distribution center. By 1988, the 185,000 square foot Roanoke Distribution Center opened, allowing Advance to expand so rapidly that by the end of the 80s they had become the fastest growing aftermarket parts retailer in the country.

Sadly, founder Arthur Taubman passed away in Boca Raton, Florida in 1994, but the company he founded went on to thrive. Nick assumed his father's role as Chairman, and Advance benefitted from the leadership of subsequent CEOs Garnett Smith, Larry Castellani, Mike Coppola, and Darren Jackson. In 2015, Advance announced Tom Greco the new CEO, leaving his position as Frito-Lay North America CEO.

The new century brought with it numerous acquisitions that furthered Advance Auto's presence across the country. The company reached down to Mississippi and Alabama, and up to D.C. and even Boston. In 2006, the 3,000th store opened in Salina, Kansas.

In 2013, Advance Auto acquired General Parts International, Inc., which included the Carquest and Worldpac brands. As of the end of 2018, Advance operated 4,966 stores along with 143 Worldpac branches in the United States, Canada, Puerto Rico, and the U.S. Virgin Islands. Additionally, Advance serves 1,231 independently owned Carquest branded stores with a reach that extends all the way to Mexico, the Bahamas, Turks and Caicos, British Virgin Islands, and Pacific Islands.

Today, Advance continues to build on its reputation for excellence and integrity while keeping an eye toward the future and cutting-edge ways of doing business. It's a pretty good foundation for the next 75 years.