Back in 1983, when Michael Jackson's "Thriller" album was spinning out hit after hit, it seemed the King of Pop could do no wrong. The same could be said of Honda. 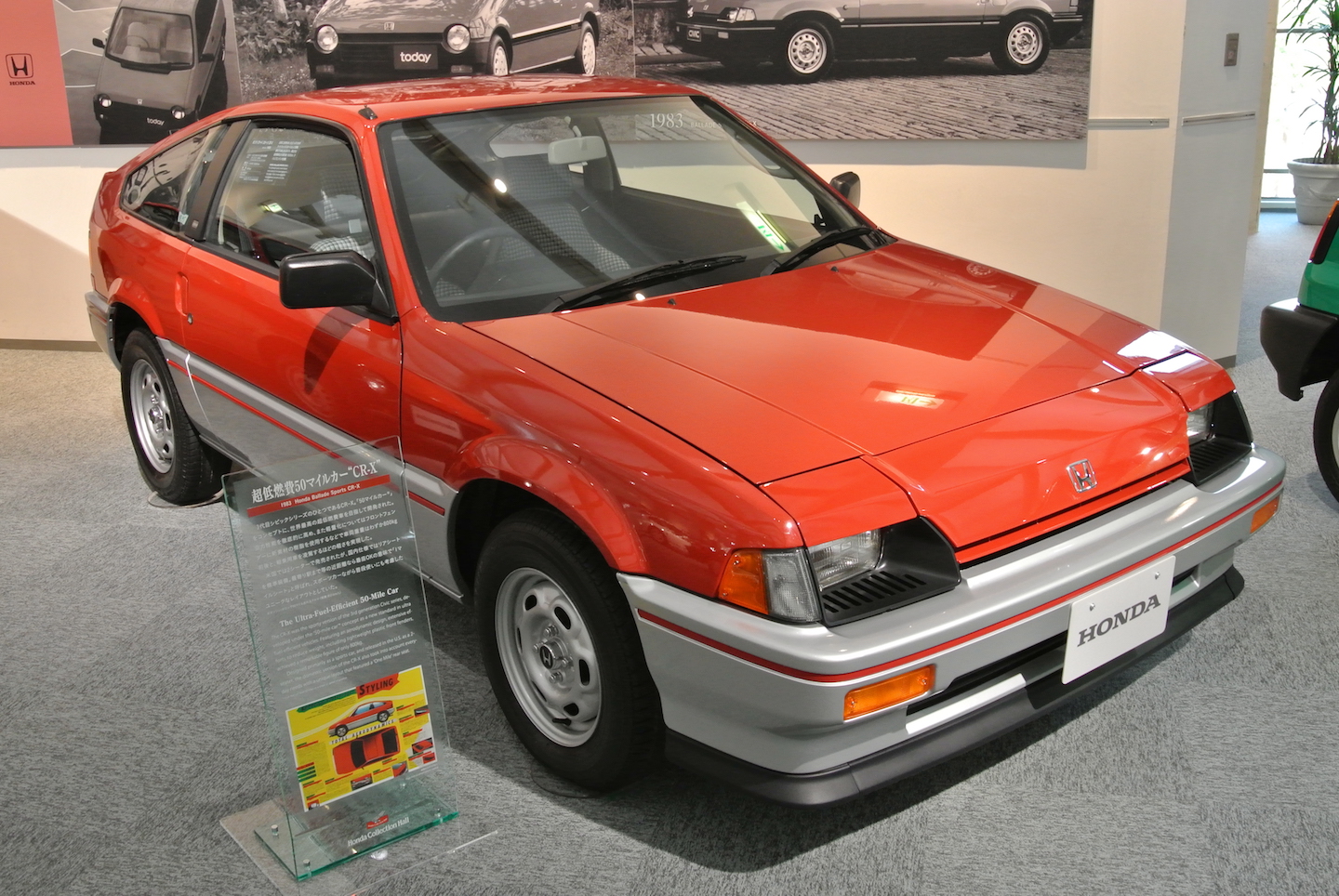 The company had hit its stride big time, turning out sharp-looking, peppy, and very-well-made cars. Merely shutting the door or turning the knob to actuate the headlights provided the impression that Hondas were assembled with the precision of a Swiss watchmaker.

As such, Honda enjoyed critical acclaim from automotive magazines and consumers alike. Indeed, it was typical of many dealerships to get over sticker price for certain high-demand models such as the Accord and Prelude. In contrast, American car makers at the time were putting out embarrassments such as the Cavalier, Tempo, and Horizon in the small car arena, moving them off the lots with “Double Cash Back" and other massive incentives.

The fall of that year saw the debut of another big hit from the big H—the CRX. A small, sleekly styled two-passenger hatchback, the CRX combined a sprightly demeanor with high fuel economy and, even on the base model, a nice interior with high-quality materials and supportive bucket seats. 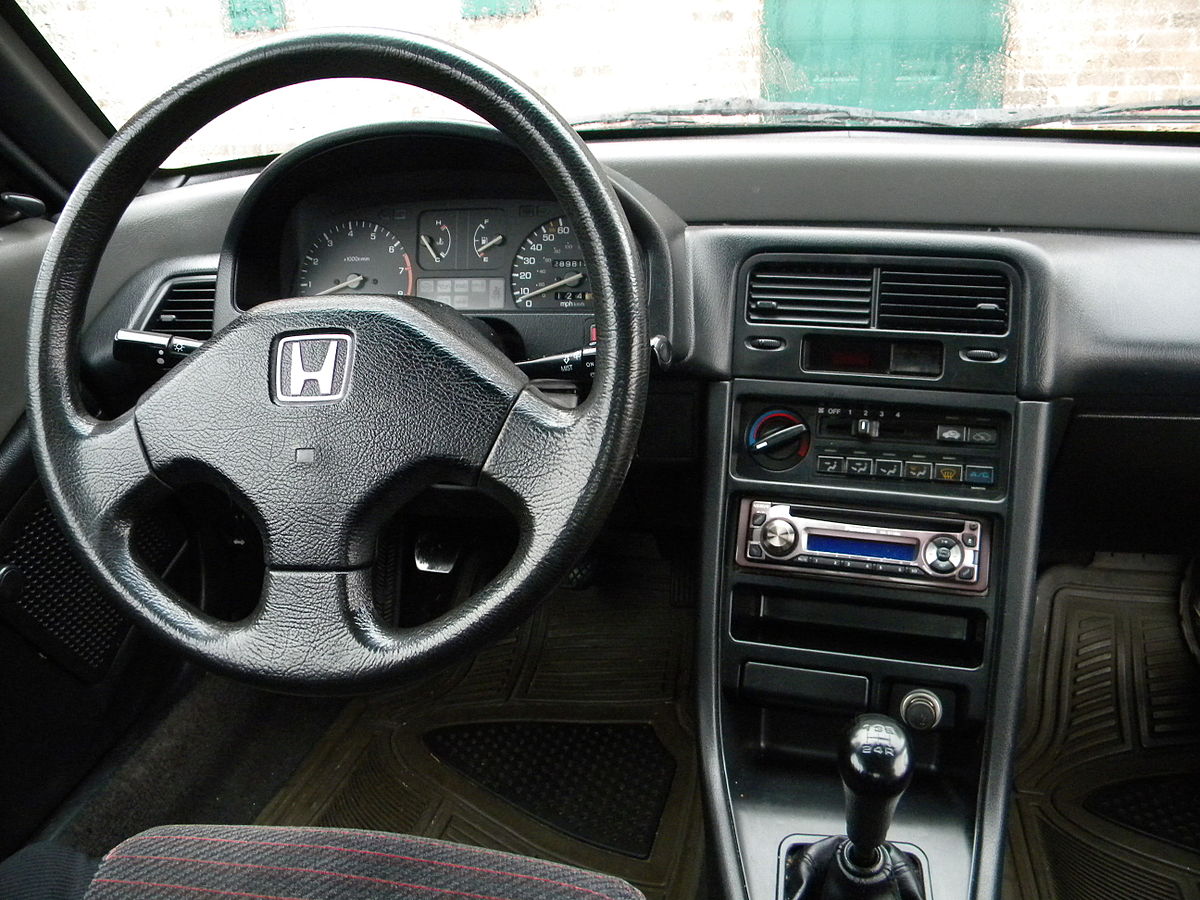 Debuting for 1984, the CRX, which was based on the Civic, came in two trim levels, base and DX. The base model had a 1.3-liter inline four making 60 horsepower that was sent to the front wheels through a five-speed manual transmission. Stepping up to the DX got you a 1.5-liter four with three valves per cylinder (versus the two-valve layout for the base engine), making 76 horsepower and matched to either a five-speed manual or three-speed automatic.

As these cars weighed only around 1,700-1,800 pounds, they actually had decent acceleration. The sprint from 0-to-60 mph ranged from around 10.5 to 12 seconds, not bad compared to other economy cars of the time. Fuel economy was outstanding, ranging from around 35 to over 50 mpg, depending on the powertrain.

Another benefit of the CRX's light weight was the car's fairly impressive agility around turns, despite its rather primitive torsion bar front and beam axle rear suspension. In other words, Honda offered an economy car that neither looked nor drove like one.

The following year saw the base car refitted with an economy-tuned 1.5-liter engine (that made 58 horsepower) and rebadged as the “HF," which stood for High Fuel (economy). The DX continued essentially unchanged.

The third time's the charm(er) 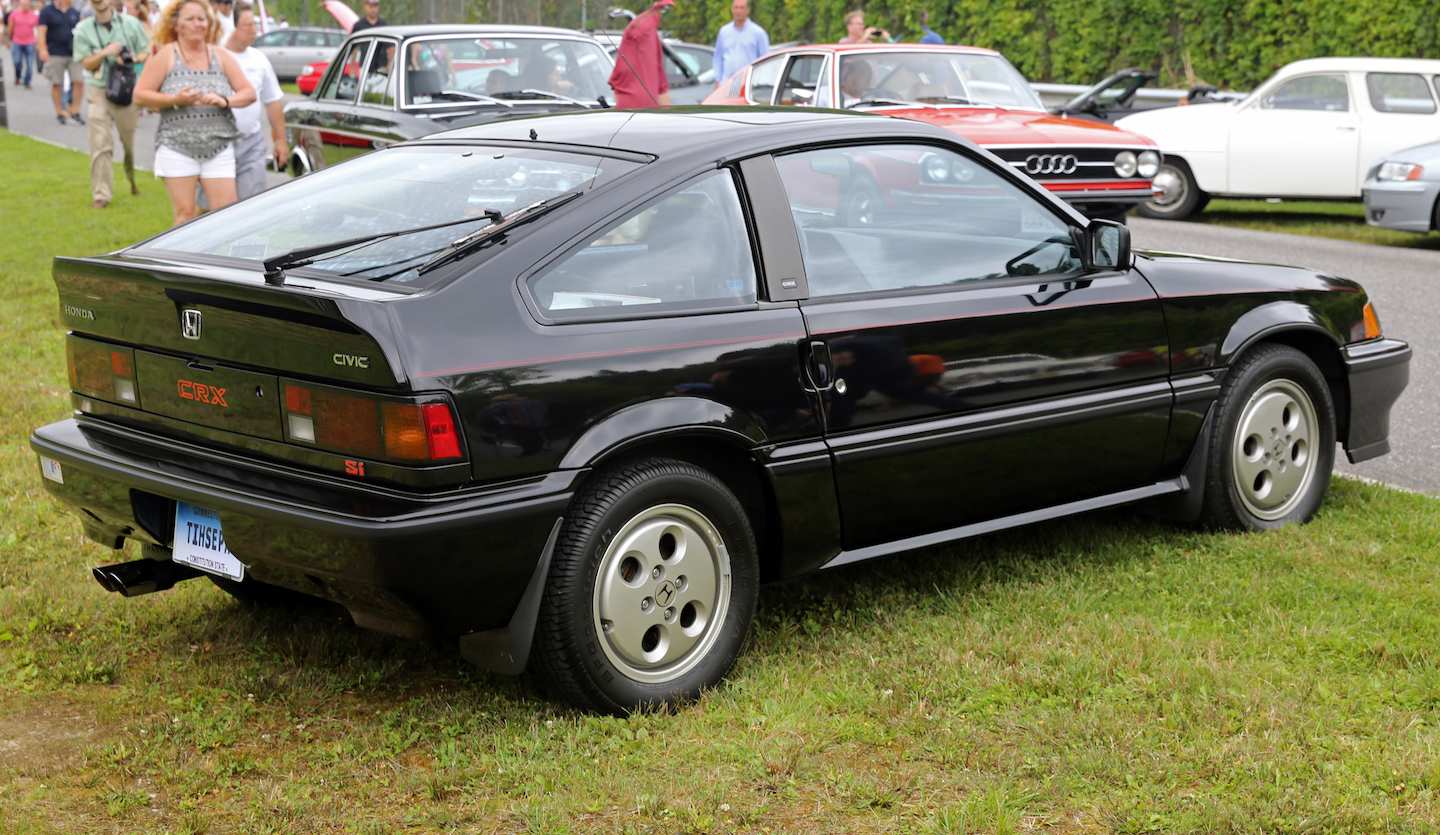 About halfway into that 1985 model year, Honda brought out the CRX Si, a little firecracker that sported a feisty, fuel-injected 1.5-liter four making 91 horsepower, enough to yank this sport-tuned CRX to 60 mph in about nine seconds flat. The Si was even more fun in the curves than the other CRXs, thanks to its firmer suspension and slightly larger tires, which provided more grip and grins on curvy roads. It also came with a power sunroof.

A few notable changes occurred for 1986, those being flush-style headlights for all trim levels, and for the Si, a new rear spoiler, a monochromatic color scheme and 14-inch wheels and tires (versus the previous 13s). The last year of the first generation, 1987, saw no changes of note.

Looking as if it became a gym rat, the CRX got a leaner, more athletic look when it was redesigned for 1988. Overall length was up by about three inches (now at around 148 inches versus 145 for the first-gen car). Despite the sleeker look the CRX's weight increased by 100-250 pounds, depending on trim level. Then again, muscle does weigh more than fat.

Devoid of the lower plastic cladding of the first-gen CRX, the second-gen car also had the low hoodline, slim roof pillars, and perfect proportions that marked Honda's whole lineup from the Civic to the Prelude. 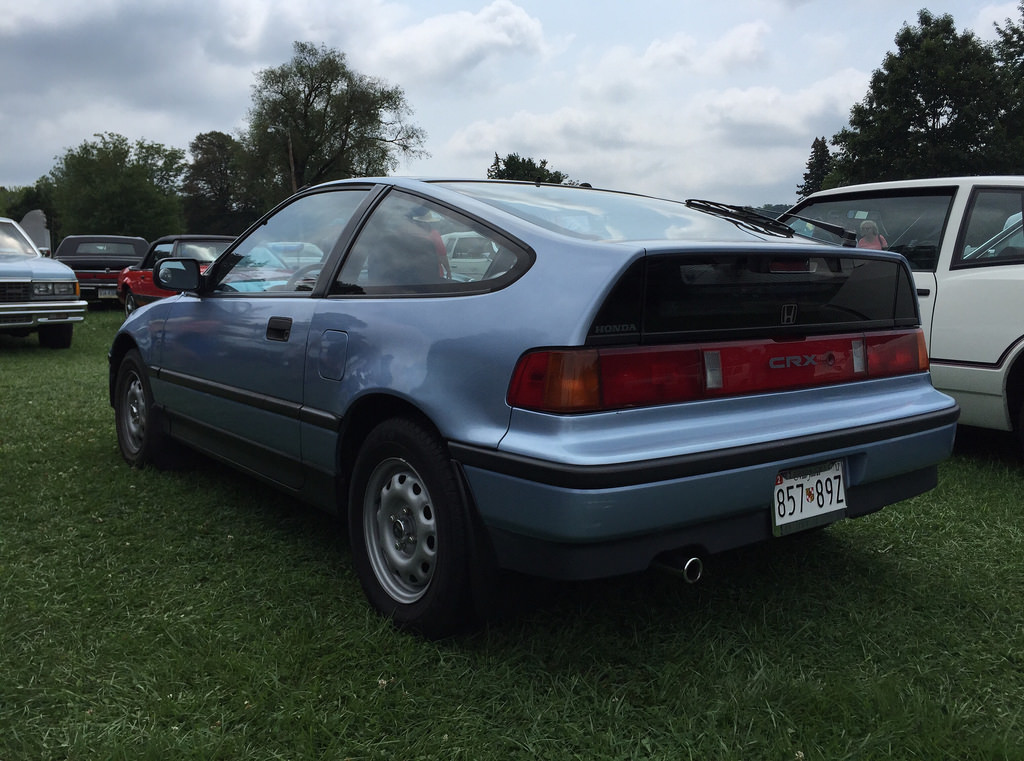 Inside, the CRX's low cowl and large windshield and side glass provided great outward visibility. There was even a glass panel above the taillights to make parking easier. The seats were still as aggressively bolstered as a full-on sports car's, to better hold one in place while clipping apexes in the nimble Honda.

The winning lineup again consisted of HF, DX, and Si trim levels, while power ratings stood at 62 hp, 92 hp and 105 hp, respectively. Despite its weight gain, the Si was even quicker than before as it could hit 60 mph in the mid-eight-second range.

The CRX's suspension was also upgraded and now featured Honda's independent, double wishbone design at all four corners, making for even more confident cornering. As before, the Si had a firmer, sport-tuned setup with 14-inch wheels and tires.

If it ain't broke…

Honda had gotten things so right with the second-generation CRX that notable changes for the remaining years were few. For 1989, the CRX adopted door-mounted seatbelts due to new government safety regulations, while the Si gained three more horses for a total of 108. The most notable changes for 1990 were the Si's adoption of four-wheel disc brakes (versus the previous front disc/rear drum setup) and a new wheel design.

The year 1991 saw no changes other than a few new colors, and would mark the last model year for Honda's beloved little two-seater.

We loved this zippy hatchback. Did you? Tell us about it in the comments.

For the Love of Summer: Our Favorite Types of Convertibles