You can file this one under "I can't believe they did that!" When the outlandish Dodge Viper RT/10 concept was shown at the 1989 Detroit Auto Show, it looked something like the evil reincarnation of the 1960s' Shelby Cobra. That's not too surprising, though, since by this time old Shelby himself was working with Dodge.

With its curvaceous lines, long hood, close-coupled cockpit and short rear deck, the Viper had the sleek yet somewhat minimalist visual vibe of the old Cobra. And like a 427 Cobra, the Viper show car was packing plenty of venom—nothing less than eight liters, 10 cylinders, and about 400 horses worth.

Given its wild looks and mind-bending specifications, most folks thought that it would never see production. After all, the Viper would have to meet all sorts of safety and emissions regulations that the 1960s' car makers didn't have to worry about. But make it they did. 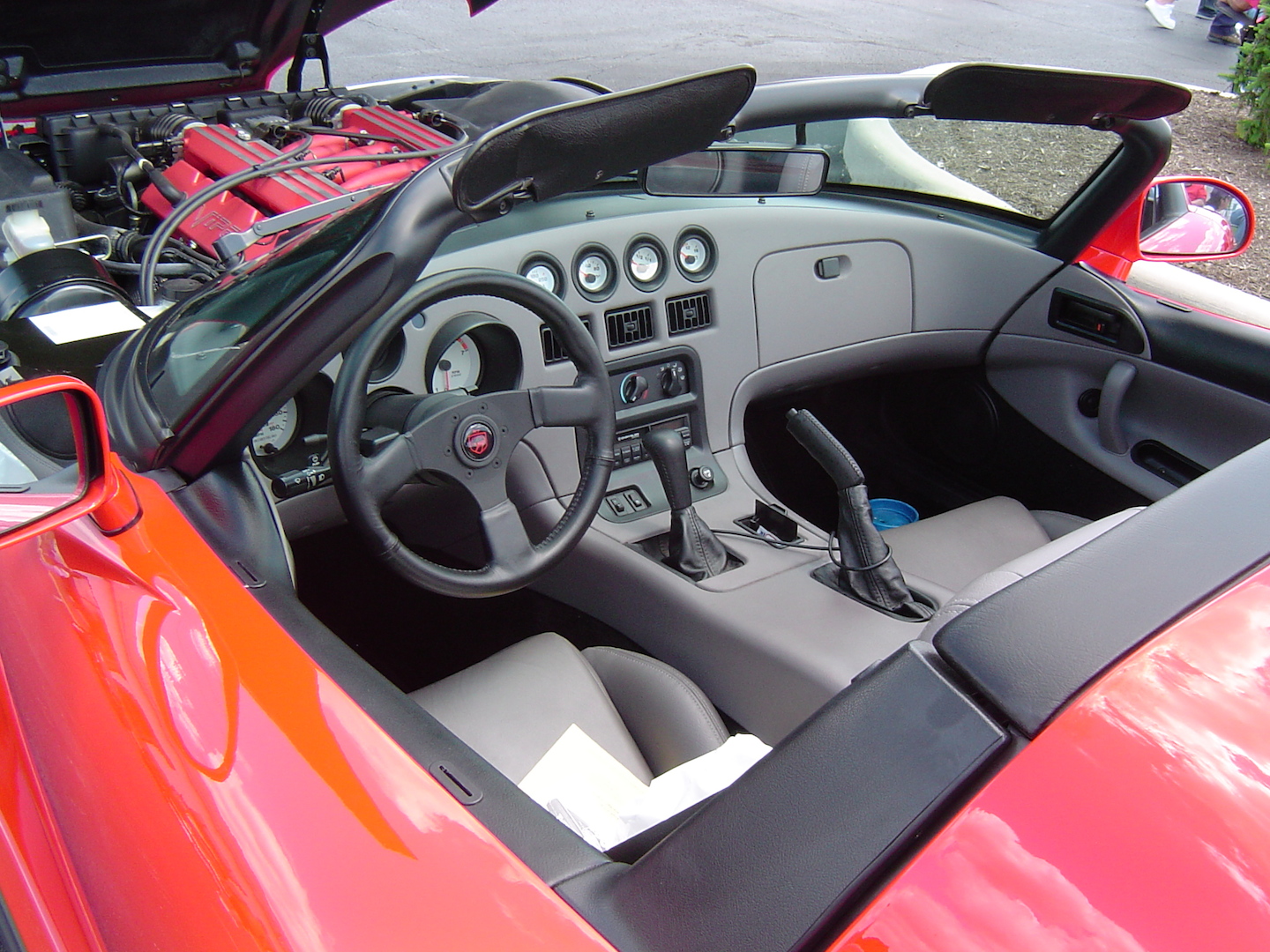 Debuting for 1992, the production Dodge Viper (most people just referred to it as such, leaving out the "RT/10" portion of its full name) looked as if the show car rolled off the turntable and into your local Dodge dealer's showroom. Indeed, even the massive 8.0-liter V10, breathing out through side pipes remained, as did the incredibly wide tires that were packed under the wheel wells. There were changes of course for the production car, such as a larger windshield, headlights and side mirrors, but most folks apart from car fanatics probably didn't notice.

And seemingly in the spirit of the original Cobra, the first Viper was a true roadster having just a minimal folding targa top and side curtains (clear vinyl windows that you had to install if you wanted protection from the elements) rather than moveable glass windows. Air conditioning was not available, even as an option.

This was an old-school driver's car to the core—the only transmission was a six-speed manual, and there was no stability control or even anti-lock brakes to save your bacon if you overcooked a corner. Road tests of the day had it rocketing to 60 mph in just 4.5 seconds and ripping off the quarter mile in 13.1 seconds. Yes, it was certainly fast, and its abundant power along with its suspension made it a tough and unforgiving car to drive. But compared to a Porsche 911, with its more polished road manners and daily driver comfort, the Viper was an uncivilized brute. And that was a large part of this snake's charm.

Sadly, the Viper's side exhaust didn't play along, as it sounded more like a UPS truck than one of the most wicked American performance cars ever made. Other minor gripes included the abundance of hard plastic in the interior—forgivable in an economy car but a sin in a $50-$55,000 exotic sports car.

Other than offering more colors and finally making air conditioning available for 1994, the Viper didn't change much through its early years. 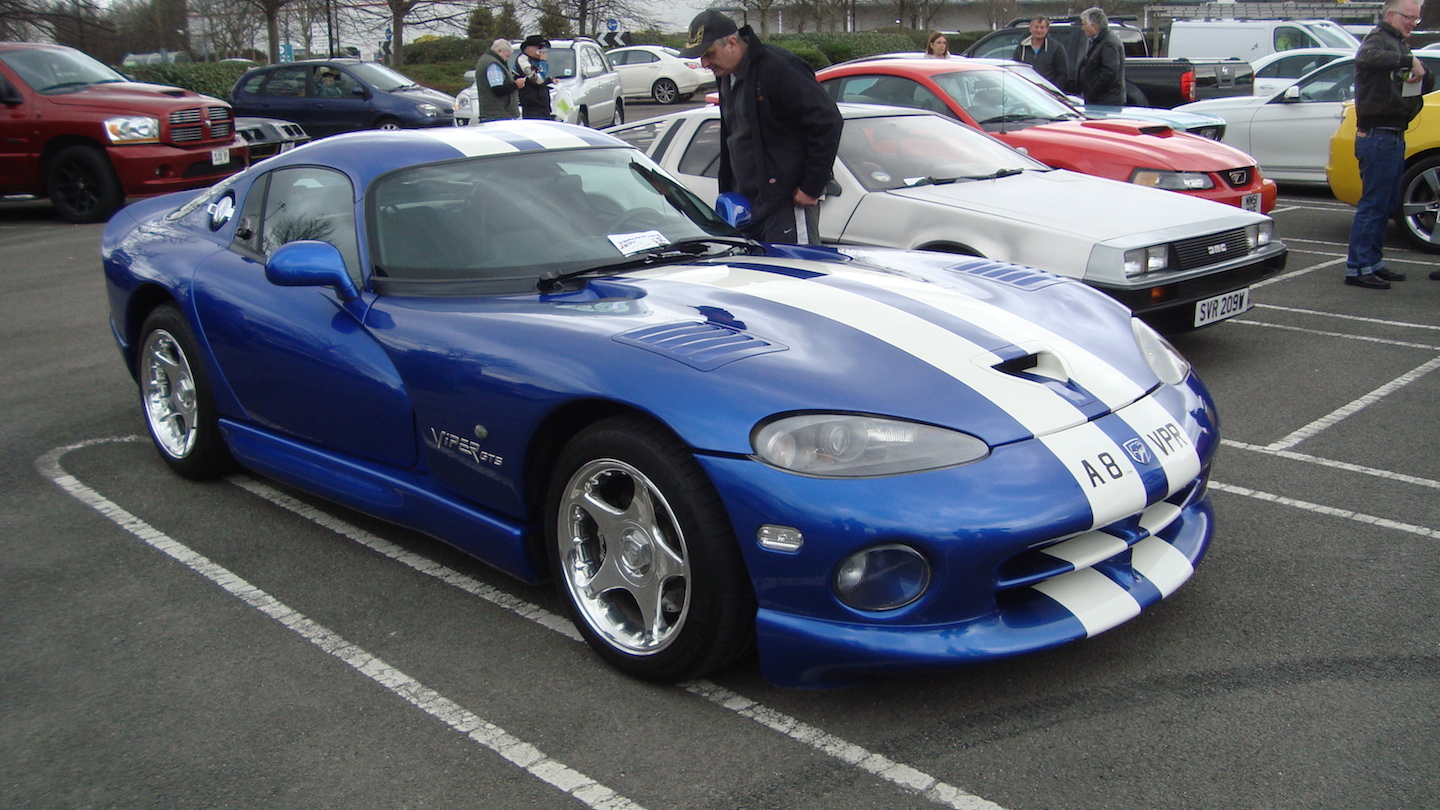 And then there were two

For 1996, a Viper coupe—its official name being the Viper GTS coupe—debuted. Offering luxuries such as real roll up/down windows, the coupe was a stunner with its sweeping fastback roofline that ended in a flipped-up "ducktail" rear spoiler. It also boasted a rear-exit exhaust that the roadster also adopted. Tweaks to the V10 engine yielded more power, with the roadster now having 415 horses and the coupe packing a full 450. As such, the GTS's performance was simply incredible, with 0-to-60 and quarter mile times in the low-4-second and low-12-second ranges, respectively.

That year, the roadster got an improved soft top, though real windows were still a few years off, while the following year saw the roadster get the 450-horsepower version of the V10. By that time, the Viper's pricing started at around $64,000 for the roadster and around $67,000 for the coupe.

Take it to the track, boys

Those enthusiasts who wanted a track-ready Viper had their wish granted for 1999, when the Viper "ACR" (American Club Racer) coupe debuted. Highlights of the ACR included 10 more horsepower (for a total of 460), 18-inch BBS wheels, upgraded suspension components (including Koni shocks), a K&N air filter, and, of course, the requisite emblems. It also stickered at around $20 grand more than a standard Viper GTS coupe.

For 2000, Dodge made minor revisions to the ACR, but otherwise the Viper lineup was unchanged. Anti-lock brakes finally became standard for 2001, while 2002 saw some "Final Editions" produced to mark the end of the first-generation Viper.

Big changes were in store for 2003, which would make the Viper a somewhat tamer but still undeniably potent snake.

There's a lot more to say about this crucial car. With Part 2 of this installment, we'll cover the second- and third-generation Vipers. In the meantime, tell us what you think of it.