What kind of differential do you have in your car or truck? Is it an open diff, a limited-slip diff, or a locker? You may have also heard it described as a drop-out third member differential or a integral carrier differential. What do these words even mean? We're going to clear up the mystery of differential terminology. 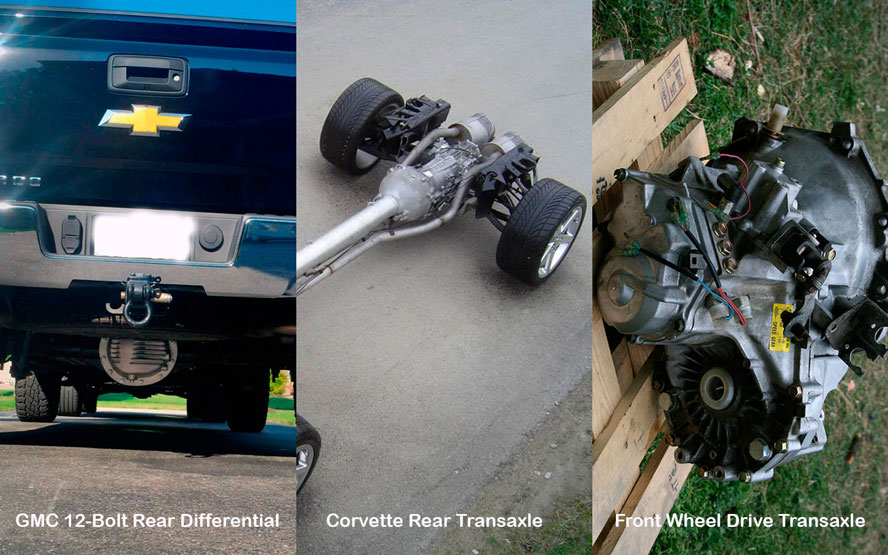 Mechanics often call differentials rear ends, although this can be misleading. Essentially, we use "rear end" when we're talking about something at the end of a driveshaft. such as a Ford 9-inch or a GM 10-bolt. This can also be used when talking about a differential. These can be found in most rear-wheel-drive (RWD) vehicles (the Corvette is a notable exception), as well as four-wheel-drive (4WD) and all-wheel-drive (AWS) vehicles.

A transaxle is a type of differential that is combined with a transmission in a single unit/housing. These are found in front-wheel-drive (FWD) and some RWD vehicles, like the Corvette and older Volkswagens. 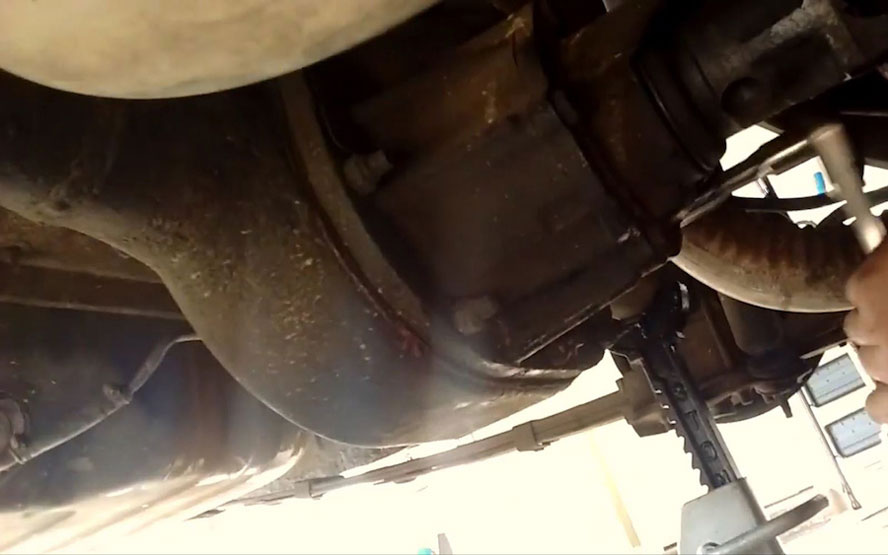 Is Your Differential a Drop-Out or Integral Carrier? 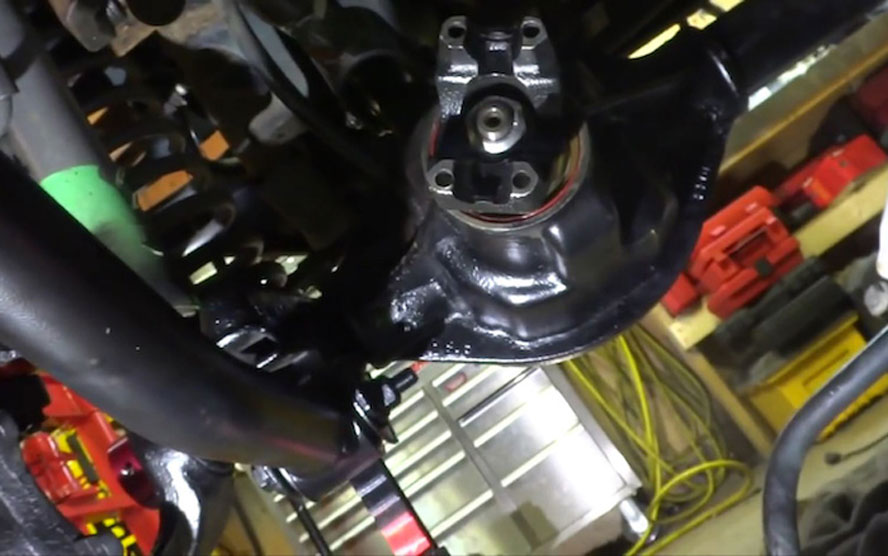 What Are Some Other Differentials Types?

The open differential (open diff) is the most common type of differential in use by most manufacturers. You'll find an open diff in economy cars, family sedans, crossovers, and minivans, both front- and rear-wheel drive. An open diff evenly splits engine torque between the two wheels being driven, and both wheels can be driven at different speeds. 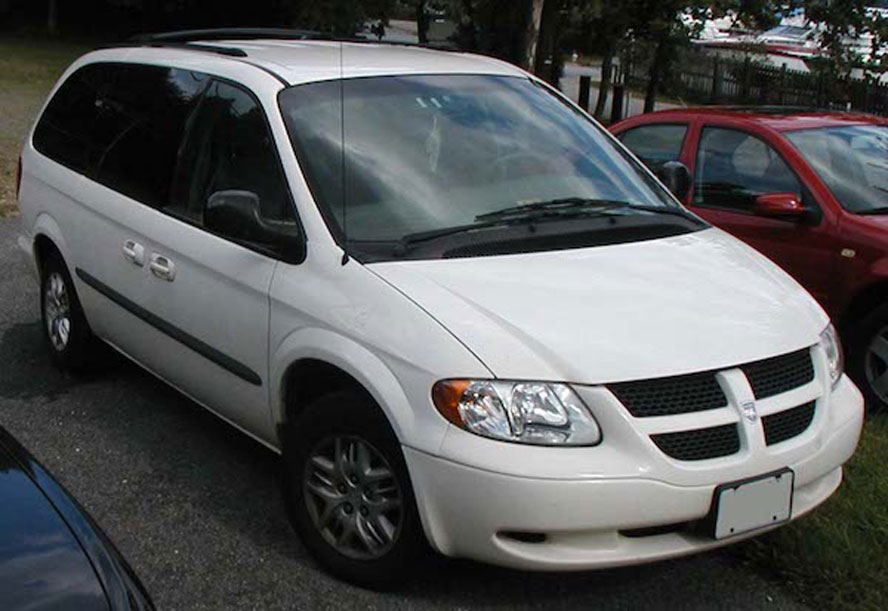 This is good for the majority of vehicles on the road. In an open diff, the amount of torque/power applied depends on the amount of traction the tires have. Less torque is applied to both wheels when a tire loses traction. This is why you get stuck when there's ice or snow under only one wheel. The differential reduces the torque applied to the slipping wheel but also reduces torque to the wheel with traction.

Vehicles that are at home on trails and the street will normally have a locking differential. The locking diff, or locker, splits engine torque equally between the two wheels like the open diff, with the difference being that both wheels are driven at the same speed regardless of whether or not the wheel has traction. This means that both wheels have to be stuck on ice or snow for you to get truly immobilized. It also means that jamming a stick or branch under one wheel will get you unstuck.

When the locker isn't locked, however, there's no difference between it and an open diff. Another negative is that it's almost impossible to drive on high-grip surfaces because both driven wheels turn at the same speed. High-speed cornering with a locked locking diff can twist or even snap axles. Vehicles equipped with locking differentials can usually be identified by the lock knob in the center of the hub. Ram 2500 Power Wagons and Jeep Wranglers have them installed as standard equipment because of their off-road capability.

This is great most of the time. The problem is that lock-up can only be triggered in purely mechanical limited-slip diffs after wheelslip has already begun. That can be bad if slip occurs at speed. The Nissan 370Z with the Sport package makes use of a viscous LSD, while the Subaru BRZ and Scion FR-S have a helical gear LSD, and the Mazda MX-5 Miata has a clutch-type LSD.

Many high-end performance vehicles have electronically controlled limited-slip differentials. These are monitored hundreds of times a second for wheelslip by the computer. The clutch packs in this differential are controlled electronically, giving the computer variable control between completely locked and open behaviors in the differential. If you head into a turn on a wet road and develop oversteer (the rear end coming around), some lockup can be introduced to give you back control. 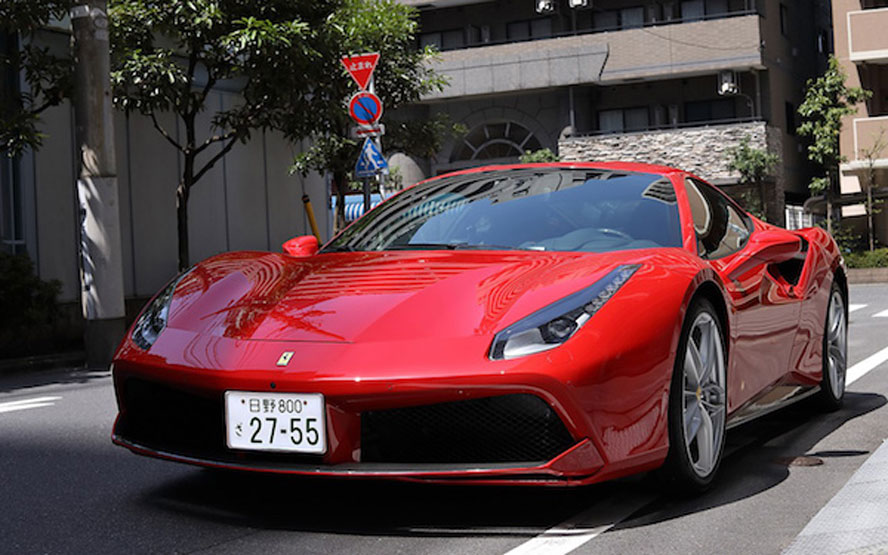 The electronically controlled LSD continues the bad habit of “standard" LSD by always giving the slower wheel more torque. Even with this shortcoming, these diffs can be found in performance cars like the Ferrari 488 GTB, the Corvette's Z51 performance package, and both theCadillac CTS-V and ATS-V, plus the BMW M3 and M4.

The easy way to tell the difference is to raise and support the drive wheels with the engine out of gear. With both "drive" wheels off the ground, spin one of them while looking at the other. Did it turn the same way you spun the wheel or did it spin opposite? An open diff will make the other wheel spin opposite the wheel you spun.

The torque-vectoring differential is normally found in high-end luxury sports sedans and crossovers, such as the BMW and Lexus mentioned above, as well as the Audi S4, S5, and S6. It isn't used in other vehicles because of its weight, cost, and complexity, as well as the hit to fuel economy it inflicts.

How a car engine works – an animated tale

10 Essential Emergency Items Everyone Should Keep in Their Vehicle