Have you ever stepped on the gas in your vehicle and heard a slight "knock" or "ping," along with engine noise and the exhaust note? What you're hearing is pre-ignition, which occurs when there's a pocket of fuel/air mixture that's igniting ahead of the flame front from the spark plug. When this happens, there's a tiny shockwave that occurs around that explosion (along with the normal detonation from the spark plug), which greatly increases the pressure in the cylinder. In extreme cases, knocking can result in catastrophic damage to the engine, including cavitation or even perforation of a piston crown. 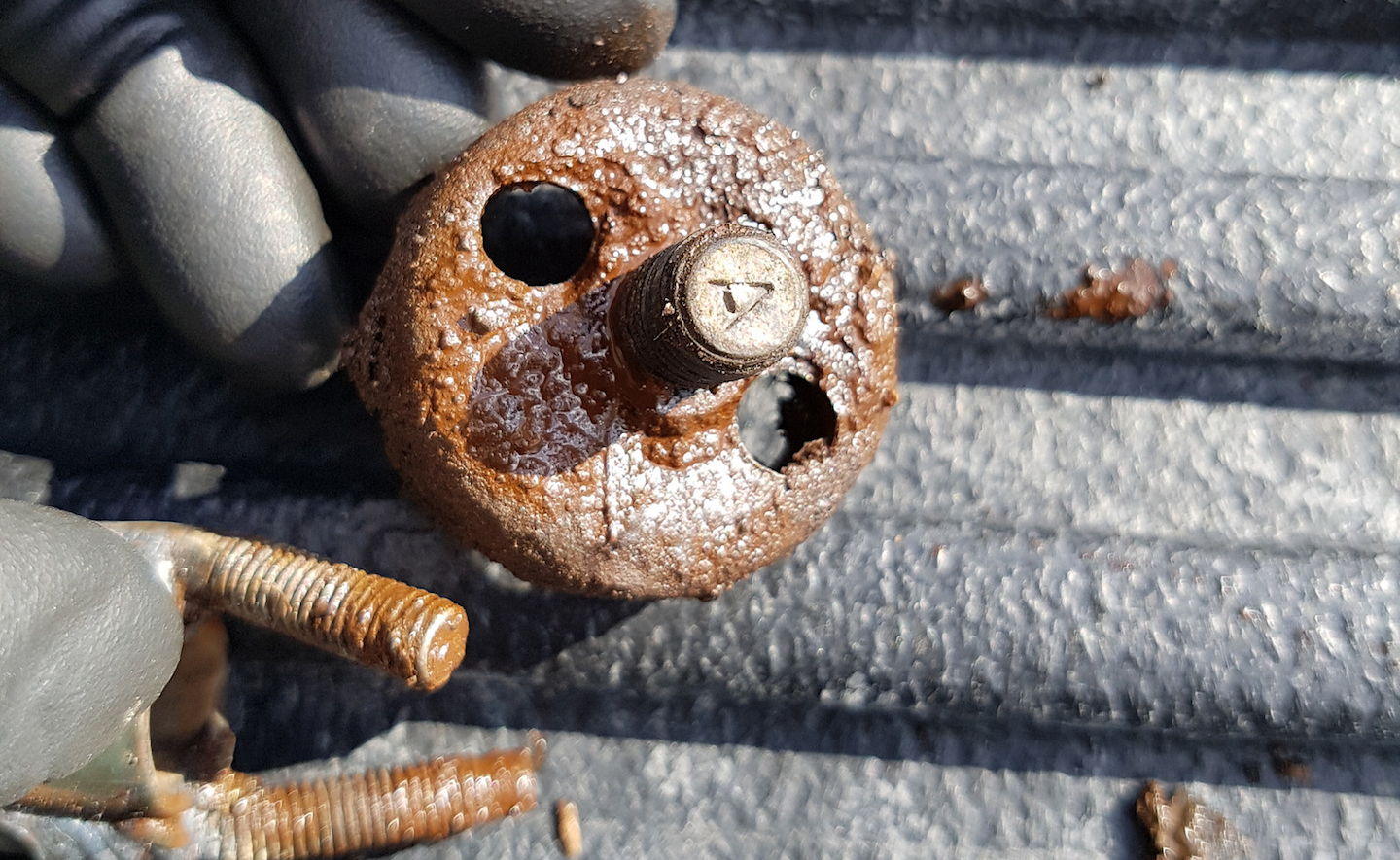 On an older engine where the ignition timing could be adjusted, knocking could be addressed by retarding the timing a little. Water injection was also a solution at one time, and, of course, beginning in the 1920s, tetraethyl lead was added to fuel as an anti-knock compound that also protected valve seats.

Leaded gas was outlawed in the mid-'70s, and ignition timing on modern engines is dictated by the engine control computer. Older engines advanced or retarded timing via vacuum and would adjust it according to engine load. On a modern engine, the computer receives information from several sensors, but many engines still feature a knock sensor, usually mounted on the intake manifold or cylinder head.

The knock sensor detects vibrations that come from a knock or an irregularity in combustion and send a signal to the engine control computer, which then adjusts timing to correct the knock.

Knock sensors don't fail often, but if you suspect this problem, it's one you need to move on quickly to head off engine damage.