What is a DOHC?

You've probably seen the term “DOHC" on vehicle badges or in print.

DOHC stands for “dual overhead cam."Any design of the internal combustion engine needs an intake valve to pull in the fuel/air mixture that's ignited by the spark plug and an exhaust valve to let the spent gases out of the cylinder so they can be routed through the exhaust manifold and tailpipe. The valves are actuated by a camshaft that turns at half the crankshaft's speed and closed again by springs. 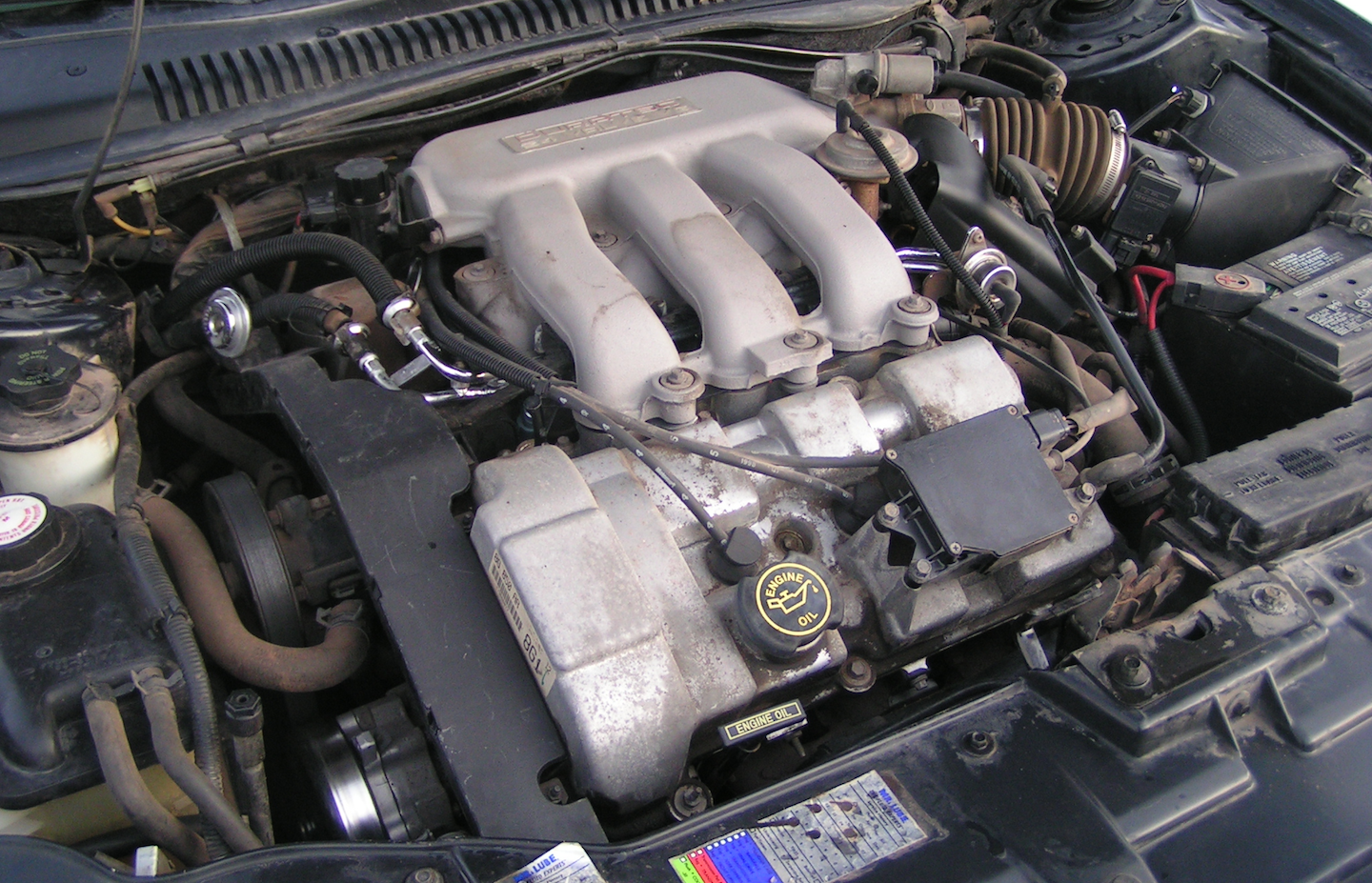 Let's break it down a little with a discussion of the different designs of valvetrains.

Of all the different valve designs, this is the oldest and most primitive.

As the crankshaft turns, a timing chain or belt also turns a camshaft, and the elliptical lobes of the camshaft actuate the opening and closing of valves. In a flathead engine (also referred to as "valve-in-block" or "side valve"), the engine's cylinder head is not much more than a plate bolted across the tops of the cylinders, with the spark plugs screwed into the head.

The valves are built into the block itself, with the camshaft low in the block and closer to the crankshaft (often driven by gears rather than a chain). The cam's lobes make contact with lifters, which actuate the valves, and the valve springs that close the valves are embedded in sleeves in the block. Flathead engines are simple and reliable, but they have poor gas flow through the combustion chamber and poor efficiency. The shape of the combustion chamber means a low compression ratio, and manufacturers resorted to pistons with domed or angled tops to help boost compression and enhance gas flow. Another hot-rodder's trick from those days, circa the late 40s, was to mill the head and actually shave some metal off its mating surface, effectively raising compression.

Flatheads are still popular for agricultural or industrial engines, as well as for lawn mowers and other small engine applications, but for automotive use they had fallen out of favor by the mid-1950s.

In an overhead valve engine, the valves actually sit above the combustion chamber and the valve assembly (valves, springs, rocker arms) and is part of the cylinder head. The camshaft is driven by a belt or chain, and its lobes make contact with lifters that, in turn, make contact with pushrods that run alongside the engine block. These pushrods actuate lever-like rocker arms that are mounted to struts, and the rocker arms are responsible for opening and closing valves (again, equipped with springs that close them). In some designs, the points of contact at the lifter and the valve stem/rocker arm use rollers to reduce friction and wear.

The OHV design is much more efficient, allowing for higher engine RPMs and higher compression. It's also a more complex design compared to flathead engines, with more complicated lubrication requirements. It's imperative that oil reaches the valvetrain at the upper end of the engine right away after startup, which required engineers to design an oil pump (usually driven by the distributor shaft) to pressurize oil throughout the engine. Older flathead engines relied on a simple splash-oiling setup, with dippers attached on the crankshaft counterweights so they could pick up oil from the crankcase and sling it into the bearings and cylinders.

Overhead valve designs date back to the early 1900s; after World War II, Oldsmobile, Buick and Cadillac introduced overhead-valve V8s. It wasn't until the mid-'50s, though, with the introduction of Chevrolet's 265 c.i. V8, that the OHV engine really came into its own and showed some performance potential. Chevrolet's 283 horsepower V8 in 1957 was a performance breakthrough that suddenly raised the bar for other manufacturers, with one horsepower per cubic inch of displacement.

While single overhead cam and dual overhead cam engines are a more sophisticated system, they're both overhead valve engines (in SOHCs, the cams are located above the combustion chamber) that actually date back to the earliest days of automotive engine design. The first overhead cam engines were designed in the early 1900s, and the system was adopted for World War I aircraft engines.

In an overhead cam engine, the valvetrain is much simpler, allowing for higher RPMs since there's less valvetrain mass. The camshaft is actually part of the cylinder head assembly, above the valves, and its lobes make contact with lifters that open and close the valves. In a SOHC design, the exhaust and intake valves on each cylinder are in line with each other, and the camshaft operates both valves, with a camshaft for each bank of cylinders.

A DOHC engine is laid out with the valves offset from each other in the cylinder head and separate camshafts for the exhaust and intake valves. This improves the flow of gases through the cylinder and allows engineers to design the combustion chamber with a better spark plug placement for enhanced combustion efficiency. Some performance engines actually feature four or five valves per cylinder for better engine breathing.

The chief disadvantage of SOHC or DOHC designs is the complexity of the drive system for the camshafts, with complicated and precise routing of the drive belt or chain. Most manufacturers look at this as being a tradeoff, though, considering the enhanced performance and better air flow or “breathing" that comes with overhead cams.