Stumbling out the door around dawn with coffee in hand, you're surprised by a heavy shroud of white blanketing the landscape. It's a super foggy morning, making for a slow and tricky commute. Fog lights were designed for just such conditions, a safety feature that far outshines regular headlights. Let's take a look at the science behind fog lights. 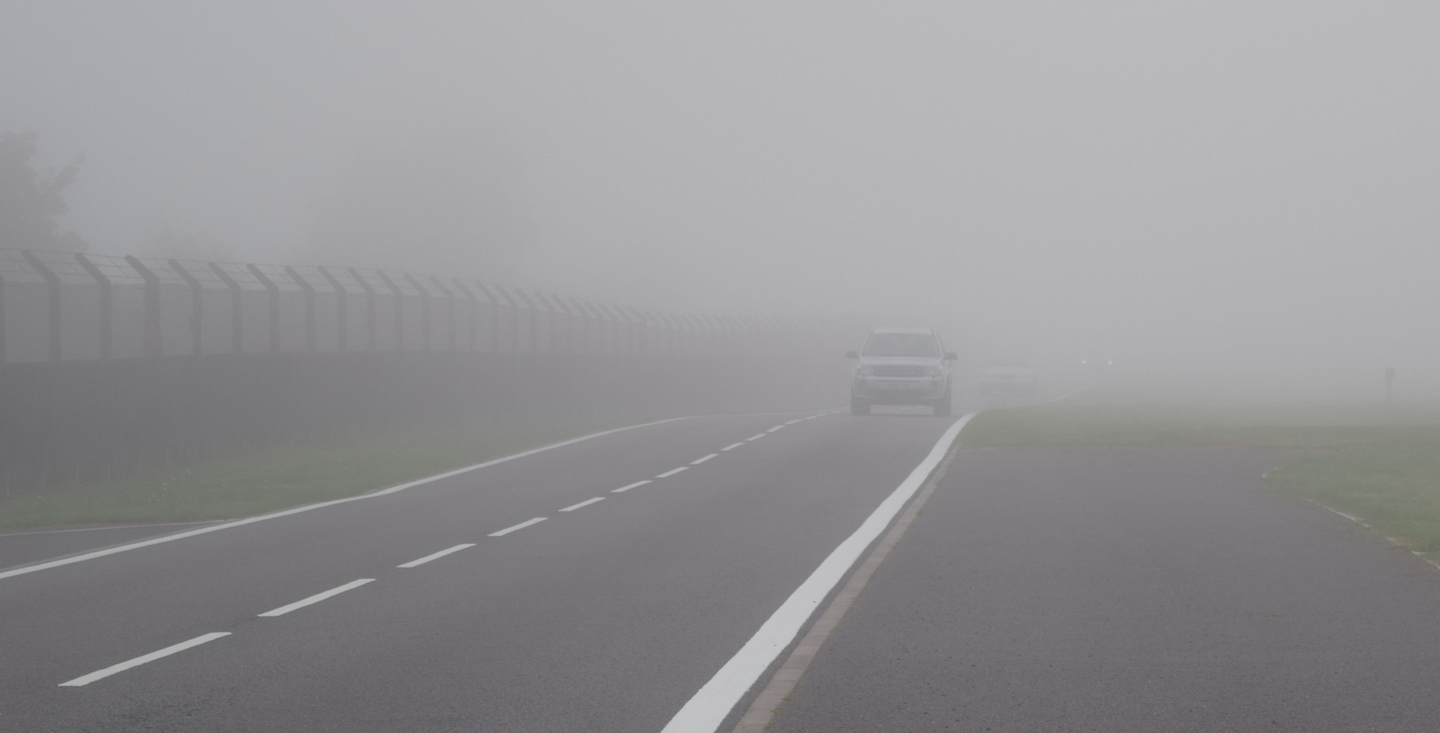 To understand how fog lights work, we should first take a look at how fog works. Fog is a regular occurrence in many parts of the world, especially near large bodies of water. When the conditions are right, tiny water droplets or ice crystals can float in the air, just over the surface of the ground. In addition to acting like a cloud and blocking your view, the tiny water droplets or ice crystals decrease visibility even further by reflecting light that hits them. This makes driving through fog with headlights, and especially high beams, a frustrating and dangerous experience.

Fog lights are a solution here, and take a different approach to all that water vapor hanging over the road. They work in multiple poor visibility conditions, including fog, mist, snow, and even blowing sand. In order to let you see the road through the fog, factory-equipped fog lights are placed as low as reasonably possible, usually in the lower bumper cover on most modern vehicles. Despite its appearance, fog typically doesn't touch the ground but hovers about 18 inches over the surface. The low placement of the fog lights on a vehicle lets the light beam hit the road without interference. With a sharp cutoff angle in the top of the light housing, none of the beam shines up to reflect off the fog, only illuminating the road ahead. Angled downward, fog lights do not have the “reach" of headlights, but they should light up enough of the road ahead for drivers to slowly make their way to their destination. Since the fog lights aren't just reflecting light back, other drivers are more aware of your presence out on the road, making for a second safety benefit.

“Driving lights" is an ambiguous term that can mean headlights or any auxiliary lighting like fog lights or even turn signals. In current usage, "driving lights" refers to additional large circular lights placed up front, like those found on rally cars and off-road vehicles. There are many sizes and styles available, with most being a universal fitment that adapts to a Subaru WRX as well as a Ford F-150. While they do increase visibility at night, driving lights are for clear weather conditions.

Fog lights differ from driving lights in the internal construction and intended placement. With a beam cutoff angle in the top of the housing, fog lights are designed to broadcast light only onto the street. Another common element is yellow lenses, yellow bulbs, or both. Some drivers assume all fog lights are yellow, but they don't have to be. The theory is that yellow light is a longer wavelength and can, therefore, penetrate a thicker atmosphere. The thinking suggests that yellow light can pass through the fog particles, but Tom and Ray of "Car Talk" fame said the actual science doesn't support that. Fog lights work because of the mounting location and the angle they are aimed, not the color.

Which fog lights to buy

If your vehicle was not equipped from the factory with fog lights, it's an easy and affordable upgrade. There are vehicle-specific kits that let you retrofit what the factory could have installed, but that route isn't always an option. If you do go for factory style fog lights, just know that you will likely need to remove the bumper and also add the fog-light-specific grille for a factory look. Universal fog lights are another affordable option, and can be added to any vehicle. Just select the style and size that you like and find a place to mount them. They usually include hardware to adapt to nearly any grille, bumper, or other location of choice. Just note that fog lights with glass lenses are more durable than lights with plastic lenses, and the yellow is just for looks. And be sure to mount them someplace where they won't be destroyed by a pothole or a low driveway entrance.

After you have fog lights installed, take a few minutes to light them on a nearby wall and adjust the beam angle to project low enough. Also remember not to drive with them on all the time, as that may be illegal in your area, and it's annoying for other drivers. If a bulb burns out, fog light bulbs are affordable and replaceable in just a few minutes.

What's your experience? Do fog lights make a difference on foggy days? Tell us about it in the comments below.